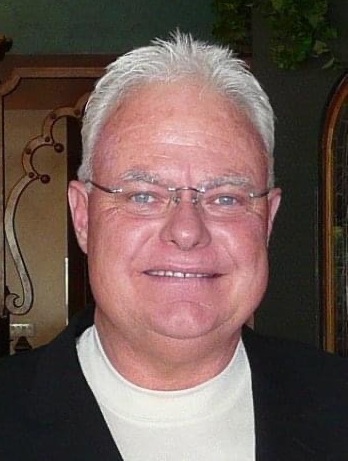 David Pryor Sievers, 72, of Windsor, formerly of Broomfield, passed away July 8, 2022 at UCHealth Greeley Hospital.  He was born March 14, 1950 in Denver to Victor Jon and Barbara Joan (Eathorne) Sievers where he grew up. David graduated from Abraham Lincoln High School in 1968, attended CU Boulder in pursuit of Electrical Engineering and later transferred to CSU where he received his Doctor of Veterinary Medicine.  He did an extended externship and internship with Hagyard’s Equine in Lexington, KY. He lived on the Tom Gentry Farm and prepared thoroughbreds for the Keeneland Fall Sales. In the mid 70’s, David purchased his private mobile equine practice, serving the Denver Metro area and Northern Colorado. Called Dr. Dave by his clients, David became an inspirational hero. He was unafraid to push past the limits in equine medicine, always seeking and believing for an answer and solution to every presenting case.

On September 14, 1982, he married Kayla Joette Theige in Brighton. In 1985, the two together founded The Animal Doctor of Broomfield, a renowned and trusted small animal and exotic veterinary hospital. The Animal Doctor team quickly became family and received referrals and praises from all over Colorado and surrounding states.

David was an inventor and patent proprietor in the veterinary field. He was the first person to develop medical equipment for Merck, (The Equine Spray Medicator) and spoke around the country for Merck on Equine Practice Development, Parasitology and Treatments. He also developed and published information on the Modified Street Nail Procedure Surgery. He served as the Denver Veterinary Medical Association’s Large Animal Director and was the main speaker on founder, colic diagnostics and practice tips at the Colorado State Veterinary Conferences and at the CSU Residents Meetings.

David’s greatest veterinary achievement and passion was being a member of the International Society of Equine Locomotor Pathology (ISELP), an elite group of equine lameness and imaging veterinarians from around the world who perform specialized equine lameness diagnostic procedures and treatments.

It is an understatement to say David had a servant’s heart, praying and caring for animals and their owners. He daily sought opportunities to share the Gospel of Truth. There are many who have encountered the love of Jesus simply by crossing paths with David. He was fearless to preach that Jesus is the Way, the Truth and the Life, and that all are saved by grace through faith in Christ Jesus. David was the ultimate giver, looking past his own personal and family hardships to bring financial blessing to others.

David’s greatest personal passions were the love of Jesus, family and horses.  He enjoyed attending his children and grandchildren’s activities, fly-fishing, snorkeling, sailing, down-hill skiing, leather work and being a horse wrangler. He particularly enjoyed his household pets including his umbrella cockatoo, Elena, and his two dogs Vinnie and Paisley. He had an intriguing acumen for finance and business, always looking for opportunities.  A true entrepreneur at heart. He shopped at Costco every Sunday after church and would say, “Let’s go to Costco to see what we need!”

He was preceded in death by his father and mother, aunts and uncles, and dog, Bruiser.

David’s family will hold a private service at a later date. Memorial gifts may be made to “Transformation Ministry Center” at paypal.me/itransformation or in care of Adamson, 2000 47th Ave., Greeley, CO 80634.  Friends may leave condolences at AdamsonCares.com.