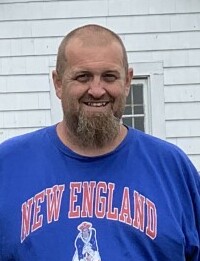 He grew up in Platteville, attending schools in Platteville and Gilcrest.  On February 21, 2009, he married Courtney Carlson in Greeley.

Chris was a reliable, hard worker, always providing for his family.  He loved the New England Patriots, Denver Nuggets and was an eclectic music listener; 80’s, Blues, Rock, Oldies.

He was preceded in death by his grandparents; Irene Hanson and Tommy Renck.

Chris’s family will hold a Life Celebration at a later date, to be announced.  Memorial gifts may be made to “Courtney Renck” for a college fund for his sons in care of Adamson, 2000 47th Ave., Greeley, CO 80634.  Friends may leave condolences at AdamsonCares.com.