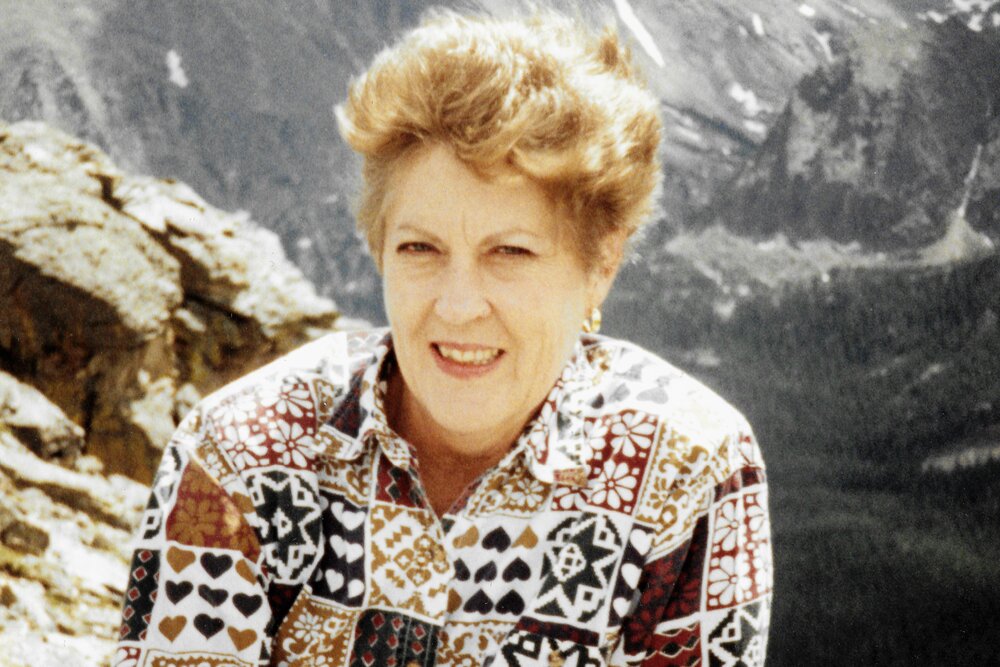 Nina Mae Sansom, 87, of Greeley, passed away peacefully at her home on February 16th, 2022. She was born May 16th, 1934, to York and Maud (Warner) Saxton in Eaton, Colorado. Nina grew up in Eaton, CO and graduated from Eaton High School in 1952. She was married to Herman Scheller for the first half of her adult life. Due to Herman’s profession, the pair moved to different parts of the U.S. almost every two years. They had five children together who were all born in different states. After their divorce, Nina met Alan Sansom. Nina and Alan were married in 1995 and spent their years together until Alan’s passing in 2003. Though she was primarily a homemaker, she also worked for a security systems company, an insurance company, and even the gaming industry at different points in her life.

Nina was a woman of sincere faith. She enjoyed attending bible studies and was a member of The Faith Lutheran Church in Eaton for many years. Nina was a devoted mother. She always took good care of her children and made sure they had everything they needed. They took many family vacations together. She traveled to many places, though amongst her favorites were areas near the ocean such as Florida, and places near the mountains. She also liked to host huge family events for her loved ones. Above all she loved her family.

She is preceded in death by her son Charles David “Chuck” Scheller, her first husband Herman Scheller, her second husband Alan Sansom, her brothers and their wives; Ray and Doris Saxton and Harold and Pat Saxton, and her parents York and Maud Saxton.

Friends may send condolences to the family at Adamsoncares.com

To send flowers to the family or plant a tree in memory of Nina Sansom, please visit Tribute Store
Monday
21
February

Share Your Memory of
Nina
Upload Your Memory View All Memories
Be the first to upload a memory!
Share A Memory
Send Flowers