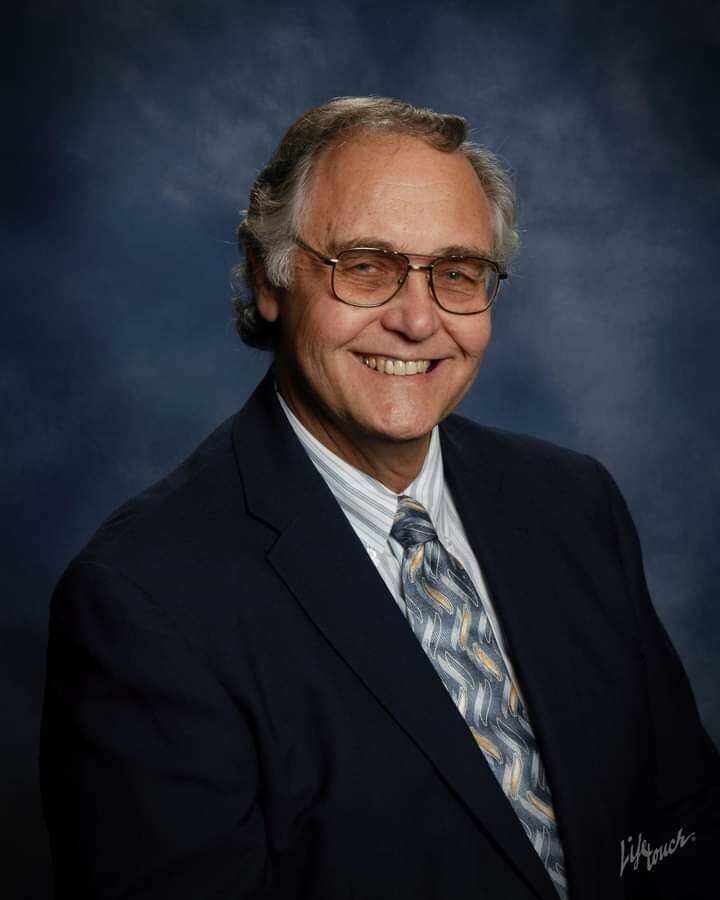 Harold Eugene Buxman was born in Greeley, Colorado on July 23, 1946 to Paul and Caroline Gladys (Wolff) Buxman. He was born in the old Weld County Hospital on 11th avenue and 16th Street. Harold passed away in Greeley on March 19, 2022.

He grew up on the family farm at Hardin, Colorado.

Harold graduated from Platte Valley High School in 1964. He was a member of the Future Farmers of America of America and Vocational Ag.

On October 7, 2000, he married Joan Harrison, his life’s partner, confidante, and supporter.

After high school graduation, Harold went to work at State Farm in their regional office in Greeley. He then moved on to a time of driving truck for Miller Brothers Truckline. He was a police officer for the City of Greeley from 1969 to 1971.

In 1971 he began a 33 year career in the corporate security department at Kodak Colorado Division in Windsor, Colorado. He retired in 2004. He continued contracting back to Kodak for several years.

During those years of corporate work, he was involved in ministry as an outreach of his church, First Presbyterian Church, and Greeley Wesleyan Church.

In September 2014 he accepted the position Director of Congregational Care at Greeley Wesleyan Church where he found his calling as a pastor to those in need.

On May 1, 2019, his calling led him to begin his independent Care Pastor ministry of which he was active until he was no longer able to do so due to health conditions. Those ministry times were the most rewarding times of his life.

Harold is survived by his wife Joan of 21 years, his dedicated life partner, supporter of his ministry and confidante, and his son Michael Buxman of Greeley. He is also survived by a brother, Harry Buxman of Denver; sister, Paulette Buxman Hastings (Robb) of Greeley; and many nieces, nephews, great nieces and great nephews.

He was preceded in death by his parents; sister, Carol Sue Buxman.

Memorial contribution in Harold Buxman’s name can be made out to The Resource Center for Pregnancy and Personal Health in Greeley in Care Of Adamson Life Celebration Home, 2000 47th Avenue, Greeley, CO 80634. To leave condolences for Harold’s family, www.adamsoncares.com

To send flowers to the family or plant a tree in memory of Harold Buxman, please visit Tribute Store
Saturday
23
April

Share Your Memory of
Harold
Upload Your Memory View All Memories
Be the first to upload a memory!
Share A Memory
Send Flowers