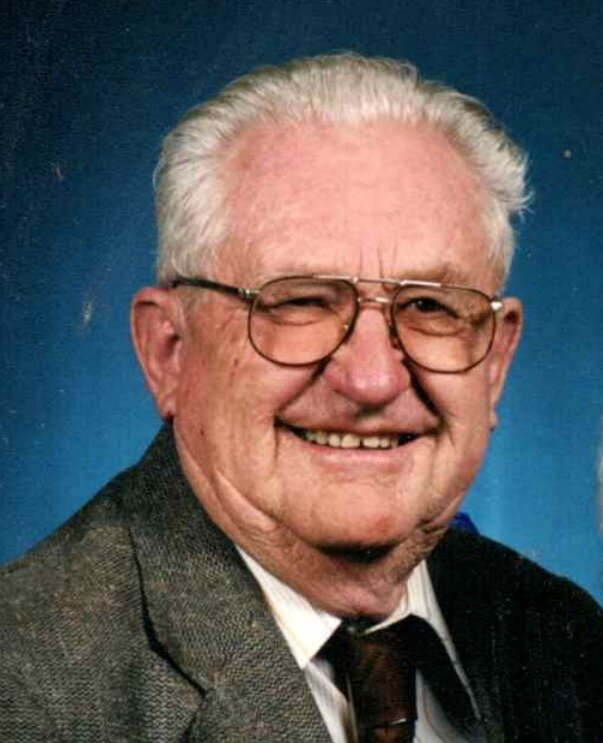 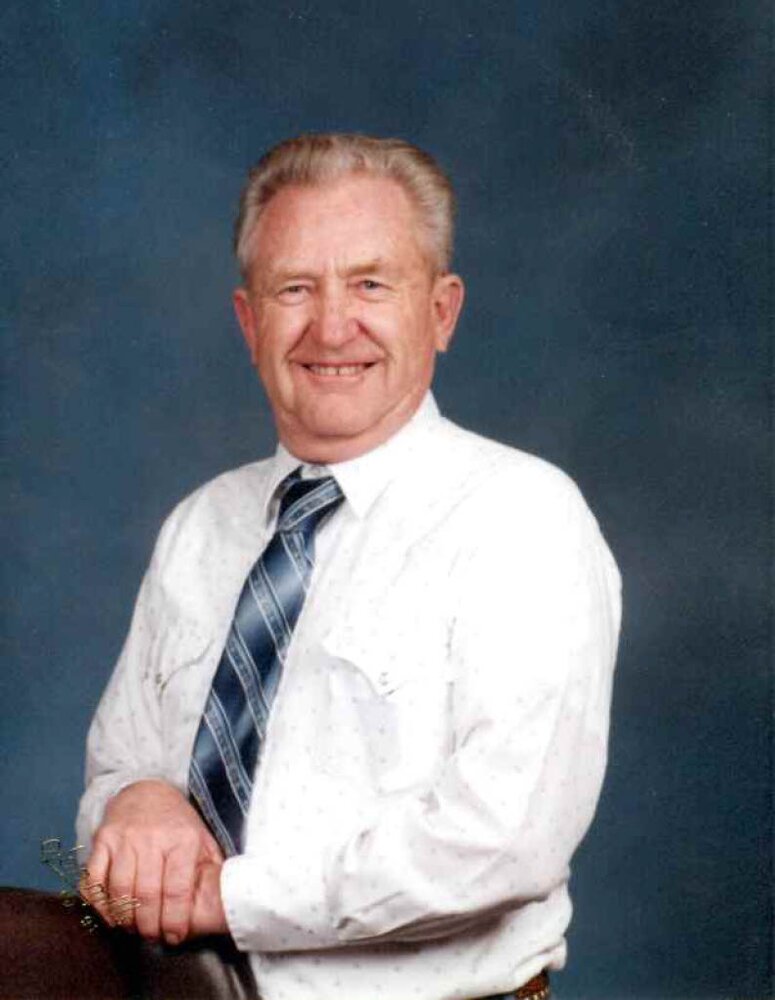 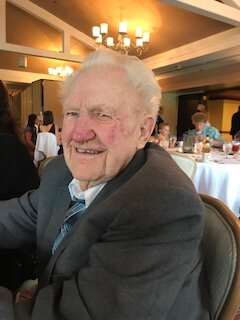 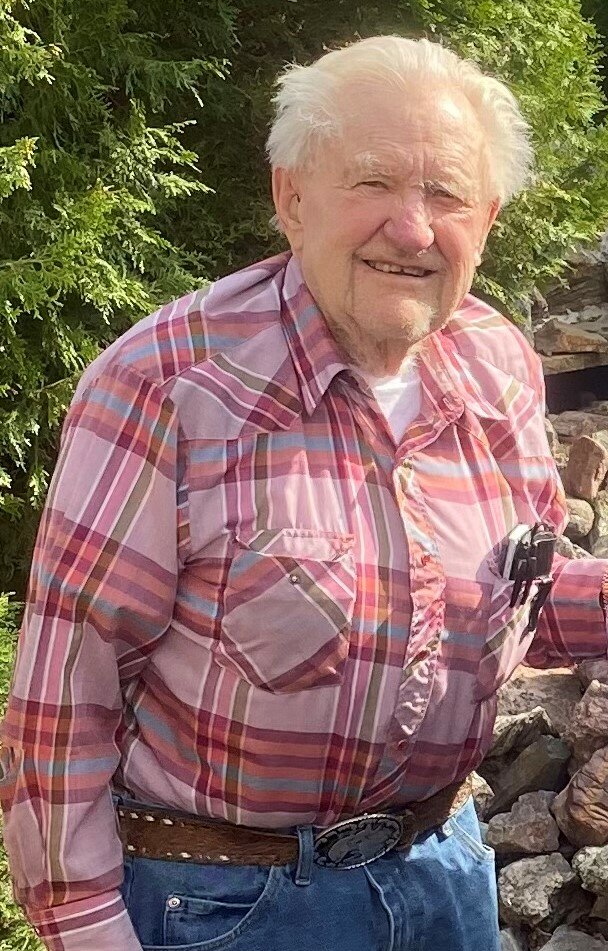 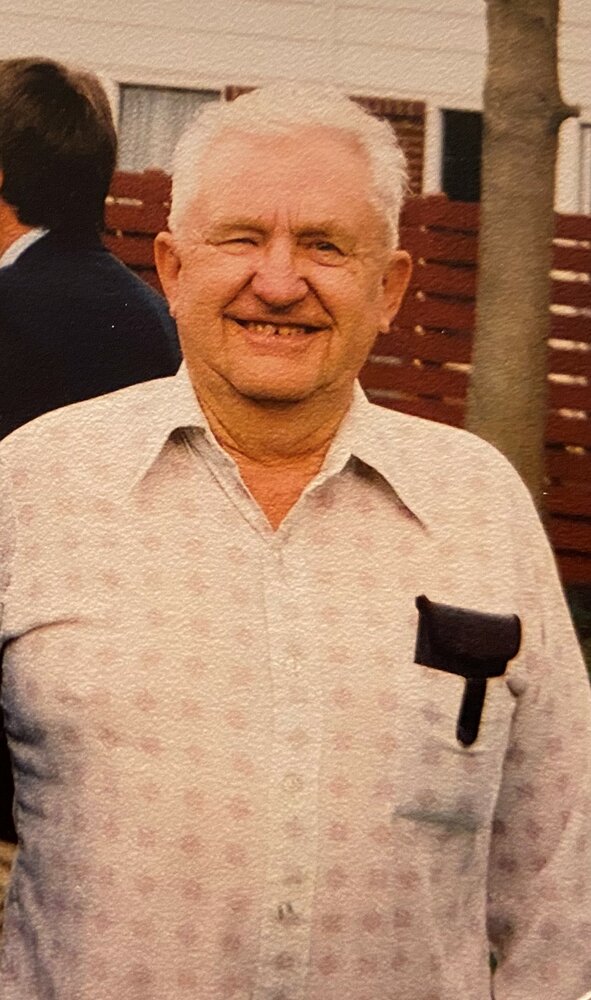 James Ivan McKay was born in Carr, Colorado on June 27, 1929, to Oscar and Alice (Phillips) McKay. He passed away peacefully on April 14, 2022. James was raised on the Oasis Ranch where he had seven brothers and two sisters. They enjoyed the ranch, and he always had stories about the ruckus they caused. James graduated from Grover High School in 1946. When he graduated, he worked on the ranch with his brothers. James married Alma Cornwell on July 1, 1950. They moved to California where he worked as a master plaster pattern maker for McDonnell Douglas crafting planes. He always enjoyed working with his hands. James and Alma had three children, Robert, Judy, and Janice. He retired in 1988, when he moved to Colorado.

In Colorado, he was able to enjoy retirement by doing some of his hobbies. James was very well-known for his woodworking. He made shelves, waterwheels, and picture frames. James was extremely skilled and could craft together any item someone needed. He was very passionate about his yard and worked hard in the garden. He always had gorgeous flowers all over the yard. He was talented at making waterfalls and would go up into the mountains to get inspiration as he liked to hike up into the waterfalls. James would take the family camping as he enjoyed nature and being out with the family. Travel was something he always enjoyed. He enjoyed the rodeo, so his friends and he went to many different events a year.

James was a family man. He held every grandkid and would try to do anything to help them out. He attended many events and programs for his grandkids to be supportive in any way he could. He had a silly spirit and liked to joke around. He enjoyed pranking others and getting a rise out of people. He was so kind that his neighbors loved him, as he helped them often. James and Alma had many pets throughout the years. They treated them as if they were part of the family and loved them all unconditionally.

James is survived by his son Robert (Connie) McKay of Woodland Park; daughter Judy Klimmek of Divide; and son-in-law Steven Hauer of Grover. He was a grandfather to 5 grandsons and 3 granddaughters: John Denney, Mike Denney, Lance McKay, Chris McKay, Tommy McKay, Theresa Larkin, Lori McKay, and Stephanie Tarr. He had many great-grandchildren with whom he spent a lot of time.  James was predeceased in death by his parents, his brothers and sisters, his wife Alma, and daughter Janice.

A memorial service will be held on May 7th at Adamson Life Celebration Home at 12:00pm with a reception immediately following the service. The internment will be earlier in the day at 10:00am at Loveland Burial Park for those who wish to attend. The family politely requests that any contributions be directed to the Alzheimer’s Association.

To send flowers to the family or plant a tree in memory of James McKay, please visit Tribute Store

Share Your Memory of
James
Upload Your Memory View All Memories
Be the first to upload a memory!
Share A Memory
Send Flowers