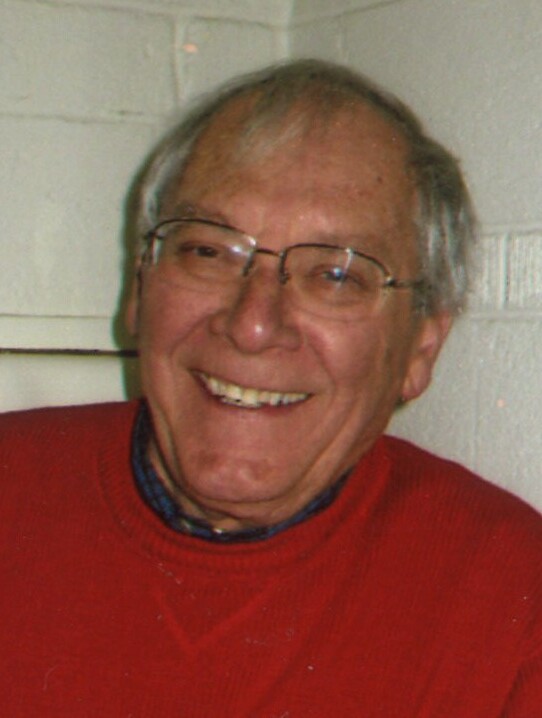 Gerald “Jerry” Lynn Karst, 83, of Greeley, died peacefully on May 17, 2022 surrounded by his family at Medical Center of the Rockies in Loveland, CO.  He was born on July 18, 1938 in Russell, KS to Paul and Emma (Ochs) Karst.  Jerry grew up in the Galatia, KS area and attended a one-room school with the same teacher for seven years.  He was fond of this teacher and appreciated her extra help with his studies when he had polio in 1946.  He graduated from Wilson High School in 1956 where he had been an active member of various clubs such as 4-H, Future Farmers of America, Glee Club, band, and participated in several sports including football and basketball.  Following high school, he attended Fort Hays Kansas State College from 1956-58.  His family then moved to Estes Park and purchased a motel and Jerry worked at Rocky Mountain National Park for eight seasons.  Jerry also served in the U.S. Army Reserves for the 244th Engineer Battalion in Boulder, CO receiving an honorable discharge in October of 1965 holding the rank of Staff Sergeant (E-6).

In 1966, Jerry met Karen Koch while attending Colorado State College (now University of Northern Colorado).  They were married on October 15, 1966 in Loveland, CO.  Jerry received his Bachelor of Arts degree in 1967 and his Master of Education degree from Colorado State University in 1969.  He taught at Northeastern Junior College in Sterling, CO 1969-70.  He then became a sociology professor at Aims Community College in 1970 until he retired in 2001 and was awarded Emeritus Status for his outstanding contributions to Aims Community College.  During his 31 years of teaching at Aims, he was President of the Faculty Association, State Chairman of Sociology for the Core Curriculum Task Force, a member of Team Octagon and on the Shared Governance Origination Team.  In 1999, Jerry was the recipient of the Aims Faculty Senate Award for Excellence in teaching and in 2000 he received the Faculty of the Year Award from the Colorado Community Colleges and Vocational Education System.

After retirement, Jerry volunteered for the Union Colony Civic Center and North Colorado Medical Center. He was an active member of Immanuel Lutheran Church for 51 years and he enjoyed woodworking, college sports, reminiscing, and sharing jokes and stories.  He especially loved reunions and large family gatherings where his aunts played the banjo and piano, his dad played the guitar and harmonica, and Jerry played the accordion. Jerry was a kind, honorable, generous, humble man and he had a way of filling a room with smiles and laughter. He will be dearly missed.

Jerry is survived by his wife of 55 years, Karen Karst of Greeley; daughters Amy Herold (Mike) of Greeley and Becky Lewus (Paul) of Newbury Park, CA; and his grandchildren, Abigail Herold of Fort Collins, Aidan Herold of Greeley, and Kalyna and Kylie Lewus of Newbury Park, CA. He was preceded in death by his parents and sister, Aletha DeLeo.

A memorial service will be held on Wednesday, June 15 at 10:00am at Immanuel Lutheran Church – 1865 14th Avenue, Greeley with inurnment following at Sunset Memorial Gardens. Memorial contributions may be made to Immanuel Lutheran Church or to the Weld County Food Bank in care of Adamson Life Celebration Home, 2000 West 47th Avenue, Greeley, CO 80634.  Family and friends may

send condolences to the family at adamsoncares.com.

The services will be lived streamed for those who are unable to attend at https://www.youtube.com/watch?v=_iKFl36WRnc

To send flowers to the family or plant a tree in memory of Jerry Karst, please visit Tribute Store
Wednesday
15
June

Share Your Memory of
Jerry
Upload Your Memory View All Memories
Be the first to upload a memory!
Share A Memory
Send Flowers