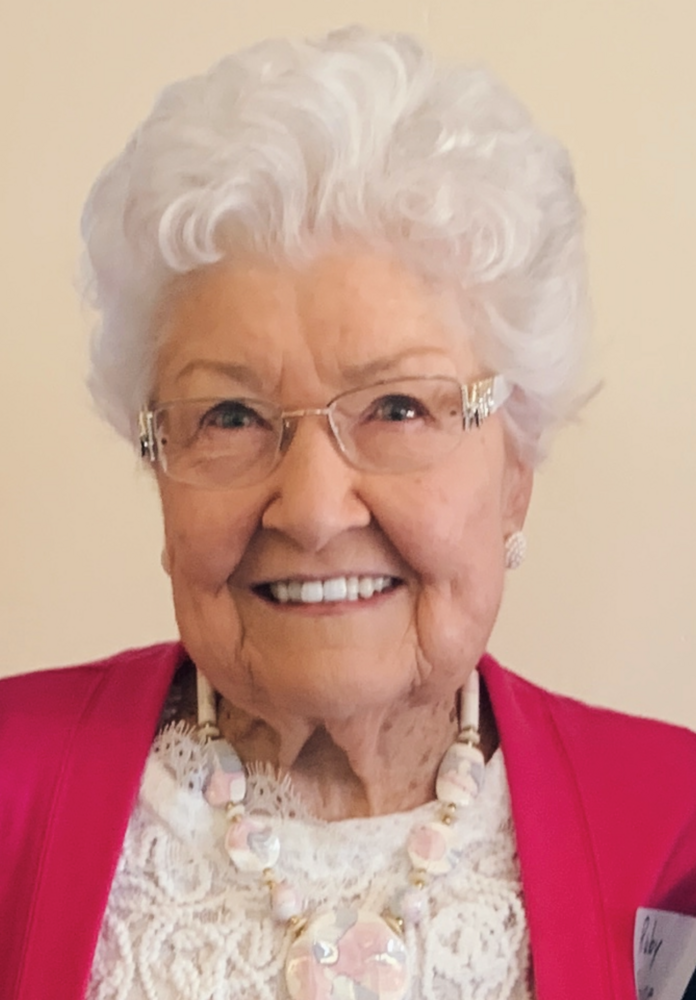 Ruby Myrtle Shupe was born February 4, 1925 in Sentinel, Oklahoma.  Her parents were Robert (Bob) Thomas Maddox and Tollie Pierce Maddox.  Ruby was one of eleven children:  Alfred Dee, George Washington, Lillie Blanche, Carl James, Joe Cecil, Edith Beatrice, Ellen Margaret, Lucy Jane, Ruby Myrtle, Ruth Loretta and Esther Lee. The family settled in Sentinel Oklahoma and farmed cotton which meant that Ruby was part of the cotton-picking crew.  Life was hard in Sentinel as the family was in the middle of the dust bowl amid the great depression.  Ruby would say many years later that she had no desire to ever pick cotton ever again and was very grateful that Eli Whitney had come up with a machine to take over the job.  The family never had much in terms of material possessions, but they were an incredibly close-knit family whose love for the Lord was all they ever needed.

Church was a big part of Ruby’s life, for her entire life.  Her childhood family attended the Zion Chapel which was a Free Methodist church in Oklahoma.  Jack and Ruby were founding members of Greeley Wesleyan Church, now Generations, which they made their permanent church home.  Ruby was very active in the church, teaching Sunday school, directing and participating in choir for 31 years, hosting, teaching and participating in many Bible study groups. Ruby hosted a bible study at her house for years. When she and Jack built the house, they currently live in she wanted to have enough space to have as many people as possible at the bible study.  Over the years the group hosted dozens of people, many who became lifelong friends.

Ruby was a talented singer with a beautiful voice.  She also had a flair for drama, playing Minnie Pearl at a lot of events, dinners and get togethers over the years.  Ruby was an excellent cook and hostess; her dinners and desserts were enjoyed by many people. Jack and Ruby enjoyed travelling internationally and, in the US, going on innumerable motorhome jaunts.  Some of her favorite memories came in the passenger seat of their motorhomes over the years.

Ruby graduated from Sentinel High School in Sentinel, Oklahoma and then went on to attend college at Seattle Pacific University in Seattle, Washington. She then moved to Greeley where she graduated with a teaching degree from Colorado State College of Education. It was there that she met Jack.  She married Ivan D. (Jack) Shupe on August 27th, 1950 at the First United Methodist Church in Greeley, CO.  She taught as a music teacher at school in LaSalle, CO for five years before staying home to raise her children, Gregg and Grant.  Later in life Ruby enjoyed spending time with her seven grandchildren.  She was always full of life and joy.  Even as her health had declined over the last couple of years she was still as quick witted and joyful as ever and enjoyed having visitors and singing hymns in the living room.  She faced death bravely, knowing that she was looking forward to eternity in heaven with Jesus, she never doubted where she would spend eternity.  Ruby was what all Christians should strive to be on this earth; a true embodiment of Christ who loved without limits. She was one of the kindest, most genuine people you could ever know.  She will be greatly missed by all who knew and loved her.

Ruby is preceded in death by her parents, all ten siblings, and a great granddaughter, Lilah Jane Smith.

Memorial Contribution in Ruby Shupe’s name can be made out to Generations Church, in care of Adamson Life Celebration Home, 2000 47th Avenue, Greeley, Colorado. To leave condolences for Ruby’s family, www.adamsoncares.com

To send flowers to the family or plant a tree in memory of Ruby Shupe, please visit Tribute Store
Wednesday
29
June

Share Your Memory of
Ruby
Upload Your Memory View All Memories
Be the first to upload a memory!
Share A Memory
Send Flowers