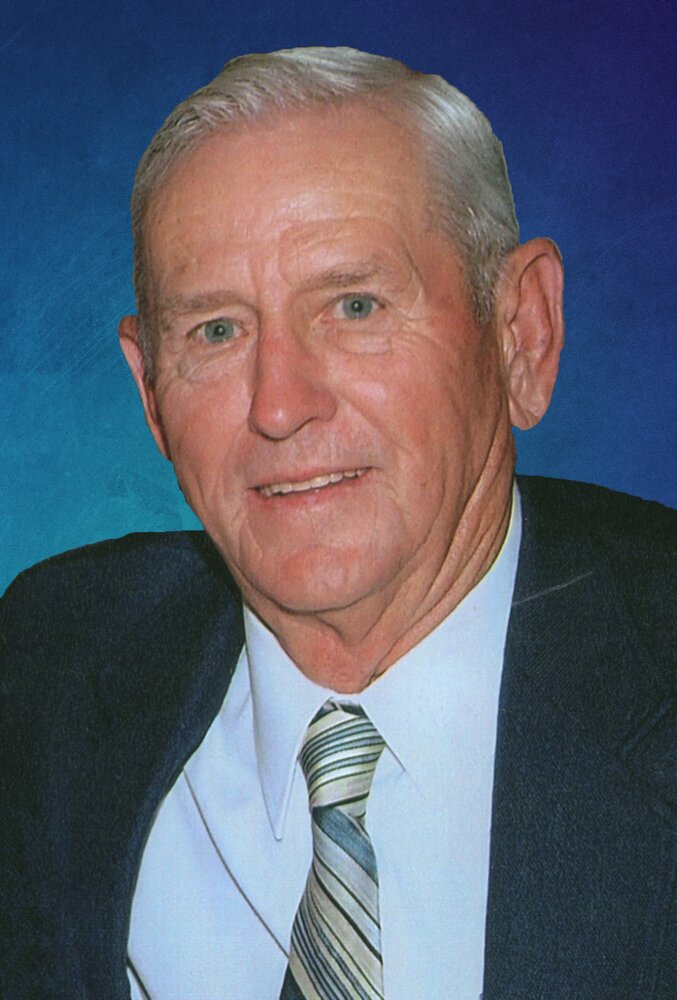 William Richard Graybill, 89, of Keenesburg passed away June 29, 2022. Bill was born on March 3, 1933 to Charles and Viola (Little) Graybill in Boulder, Colorado. Bill had such a unique birthdate he received an autographed scarf from the newly inaugurated President Franklin D. Roosevelt.

Bill was the second of five children. As a child, his family lived in a multitude of homes in Boulder and Weld counties. They were the original “fix and flip” family…moving into a run down place, cleaning it up and then moving into the next project house. A car ride from Hudson to Greeley with Bill always included a story or two about the houses he lived in and the work they did to clean it up.

Bill learned to farm with draft horses and spent his childhood summers living and working on dryland farms south of Keenesburg. At the age of 8 or 9 he became a farmhand spending long days in the sun on an open cab tractor working the land. At the end of a long hot day, the farmer or his wife would gather Bill from the field and bring him in for dinner and a rest.

He attended Keenesburg High School for several years. When his family moved to California, Bill moved in with a family in Greeley and graduated from Greeley Central High School in 1952. He played basketball and football in high school and was especially proud of winning the state championship in football his senior year.

In 1953 Bill, also known as Sagebrush, entered the Army. He attended basic training in Fort Leonard Wood, Missouri and became a member of the 6th Armored Division. After basic training, Bill was stationed in Germany and Austria. During his deployment he trained at the USFA Tactical Command Mountain Training Center. Bill became a 3rd class military skier and mountain climber. He was released from active military service as a corporal and transferred to the Army Reserves to complete 8 years of service. Bill was honorably discharged in 1961. He was decorated with the National Defense Service Medal, the Army Occupation (Germany) medal, and the Good Conduct medal. While he was stationed in Austria, the US Olympic Ski Team had an injured skier and the Army asked Bill to be a part of the Olympic trials. It was cross country skiing and Bill was never one to back down from a challenge. The top six skiers qualified for the Olympics and Bill, with his limited experience, placed 9th! He told wonderful stories about his time in the service and on the sides of mountains. Friendships made while in the service lasted his entire life.

On October 25, 1953, while home on leave, he married Shirley Lee Arnold at the Community United Methodist Church in Keenesburg. They were married 67 years. In February of 1957 they welcomed their daughter Jeanette Elaine. In May, 1958, William David was born. Four years later son Alan Eugene arrived. Gary Lee was born September, 1963 and Gerald Ray completed the family in July, 1969.

In the 1950s, Bill and Shirley made a home south of Keenesburg on the dryland. Bill managed the Kugel farm, raising wheat, farrowing hogs, and raising chickens. It was a large scale operation and Bill couldn’t have done the work without the help of Shirley by his side. To supplement their income he also drove a school bus.

In 1963, they moved from the dryland to their home on Road 49 outside of Hudson, Colorado. They lived there for 53 years before relocating to Keenesburg. After his migratory childhood Bill never wanted to move again. Bill worked at American Fertilizer as a salesman and excelled at the work. Later he worked for Roggen Elevator after they acquired American Fertilizer. He also sold NC+ seed and earned several trips for his efforts. Bill and Shirley traveled to Acapulco, Cancun, and New Orleans thanks to his sales skills. Bill possessed a magnetic personality and people were drawn to him. He cherished the friendships he made while in the industry.

Bill is a long time member of the Southeast Weld County Fair Board. He served for decades on the board and he and Shirley were honored as Grand Marshalls. Bill never knew a stranger and after a minute in his presence you felt like you knew him for a lifetime. He made everyone feel welcome with his “Hey Bud!” or “Hi Hon!” greeting.

Bill and Shirley loved to travel and were fortunate enough to visit all 50 states, Mexico and Canada. Many of their favorite memories revolve around travel adventures with their friends. They loved cruising, train travel, and road trips.

Bill’s greatest legacy is his family. He was proud of his children, grandchildren, and great grandchildren. He and Shirley rarely missed a game or an event they were involved in. After his retirement, he loved to work side by side with his kids and grandkids. An ideal day for Bill involved checking cows or going for a drive with his family. He loved to cruise the countryside amusing his traveling partners with stories from days of old.

A viewing will be held on July 7 from 3-5 at Adamson Life Celebration Home, 2000 47th Avenue, Greeley. A celebration of life will be held at Community United Methodist Church, 195 S. Main Street, Keenesburg on July 8 at 10 am. Graveside services with full military honors will be held at Sunset Memorial Gardens, 3400 W 28th St, Greeley, CO, on July 8 at 2 pm. In lieu of flowers, donations may be made to Southeast Weld County Fair, PO Box 436, Keenesburg, CO 80643 or American Legion Post 180, PO Box 4, Keenesburg, CO 80643.

To send flowers to the family or plant a tree in memory of William Graybill, please visit Tribute Store

Share Your Memory of
William
Upload Your Memory View All Memories
Be the first to upload a memory!
Share A Memory
Send Flowers