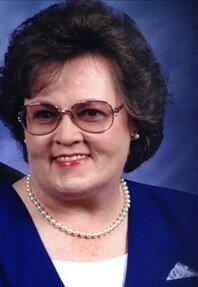 Obituary of Geraldine B. Walters

Geraldine Walters entered her heavenly home on July 17th. She passed away peacefully at her daughter’s home in Decatur, TX after a lengthy illness. Her spirit is at peace and her body is home back in Colorado.

Geraldine was born in Greeley August 20, 1945, to Eddie Winter and Donna Rathbun (Hobbs). She was 6 weeks premature and struggled in her early months of life.  She was tenacious, and that trait served as her strength throughout her life.

Geraldine attended school in and around northern Colorado and graduated Greeley Central High School in 1964. She then attended business school and had a clerical career in finance, medical, and publishing for over 40 years.  She eventually retired from Farmer’s Insurance in 2006 after 27 years being a coding specialist.

She met and married Bill Box in California in 1976, and the next year was blessed with the birth of her daughter, Darla Lee. She and her daughter moved back to Colorado in 1980, where they made their home until her illness made it necessary for her to move to Texas.  In 1998, Geraldine remarried Robert Walters in Colorado Springs. He preceded her in death in 2004.

Geraldine was a very loving and giving person.  She enjoyed her time with her family. She loved to shop, crochet, watching old westerns (John Wayne), angels, babies, and snuggling her granddaughters, niece and nephew.  She was fiercely independent and loved living life. She had a strong work ethic and wanted to go back into the workforce after retirement.

A visitation will be held 9 a.m. – 10 a.m. followed by a Life Celebration service starting at 10 a.m. Saturday, July 23rd, 2022, at Adamson Life Celebration Home. Interment will be at Evans Cemetery. The family cordially invites friends to join them for a luncheon at Adamson’s following the graveside service.

To send flowers to the family or plant a tree in memory of Geraldine Walters, please visit Tribute Store
Saturday
23
July

Share Your Memory of
Geraldine
Upload Your Memory View All Memories
Be the first to upload a memory!
Share A Memory
Send Flowers