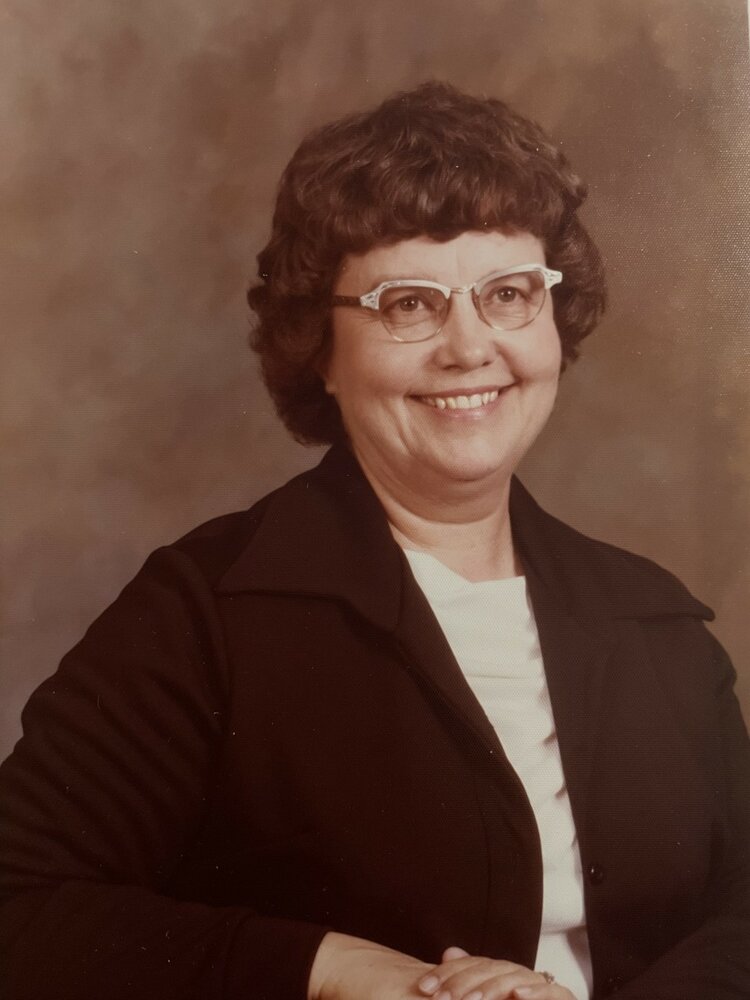 Shirley Maxine Batman, 90, of Greeley passed away December 29, 2021 at Grace Pointe, surrounded by family. She was born August 10, 1931 in Carr, CO to Arthur Triphon and Mabel Etta (Gallatin) DePorter at their ranch, where she grew up. She loved prairie life and all of the animals that they had on the ranch, especially her horse, Queen. She started school at Carr and was an eager and excellent student.

At the age of 14, she went to high school in Pierce, graduating at the age of 16 years. In addition to her school activities and cheerleading, she was active in 4-H (and was a leader as an adult for many years) and the International Order of the Rainbow for Girls. She graduated from Colorado State College of Education (now the University of Northern Colorado) with a Bachelor of Music Education and a Masters of Elementary Education from UNC.

On November 25, 1952, she married Larry G. Batman at the First Presbyterian Church in Greeley.

She was a member of Alpha Sigma Tau Sorority, Pi Kappa Lambda, Delta Omicron, Alpha Psi Omega, and Who’s Who in American Colleges and Universities 1951-52. She was involved in student government, and sewed many costumes for Little Theater of the Rockies. Shirley began her career as an educator teaching music and speech in Pierce and Nunn. Shirley, Larry, and baby Christine moved to Albuquerque in 1959 when Larry accepted a teaching position at Sandia High School. Two years later, their daughter Elena made it a family of four.

Shirley was a stay at home mom and gave piano lessons from their home, but continued to be very active as a musician. When the family moved back to Colorado, she continued to teach privately and later worked at the AIMS College bookstore, Office of Public Information, and also taught a variety of music classes including piano and voice lessons before retiring in 1993.

After retirement, Shirley continued to teach privately and perform for small groups. She enjoyed traveling and experiencing a wide variety of musical productions.

Shirley was a long-time, very active member at the First Presbyterian Church, where she sang in the church choir for many years before her health limited her. She helped other area churches with special music, both playing and singing. A member of the Fortnightly Music Club, she enjoyed their monthly programs for many years.

Shirley was a member of the Jane Jefferson Democratic Club of Weld County and the UNC Alumni Association. Shirley had a very broad vocabulary and loved word puzzles. She read the newspaper every day and worked the crossword. She had a wicked sense of humor, with a fondness for wordplay, and her laugh was infectious.

She is survived by her daughters Christine Batman (Wes Schneider) and Elena Batman (Lee Levin), her granddaughter, Alyssa Levin, and her brother, Arvid (Carol) DePorter. She was preceded in death by her parents, her husband, and a brother, Allen DePorter.

Shirley’s Life Celebration will be held at 11:00 a.m. Friday, June 29 at Cornerstone Community Church, 1321 9th Avenue (former First Presbyterian), with a reception to follow. In lieu of flowers, memorial gifts may be made to “Aims Scholarship Fund” for Shirley Batman in care of Adamson, 2000 47th Ave., Greeley, CO 80634. Friends may leave condolences at AdamsonCares.com.

To send flowers to the family or plant a tree in memory of Shirley Batman, please visit Tribute Store
Friday
29
July

Share Your Memory of
Shirley
Upload Your Memory View All Memories
Be the first to upload a memory!
Share A Memory
Send Flowers