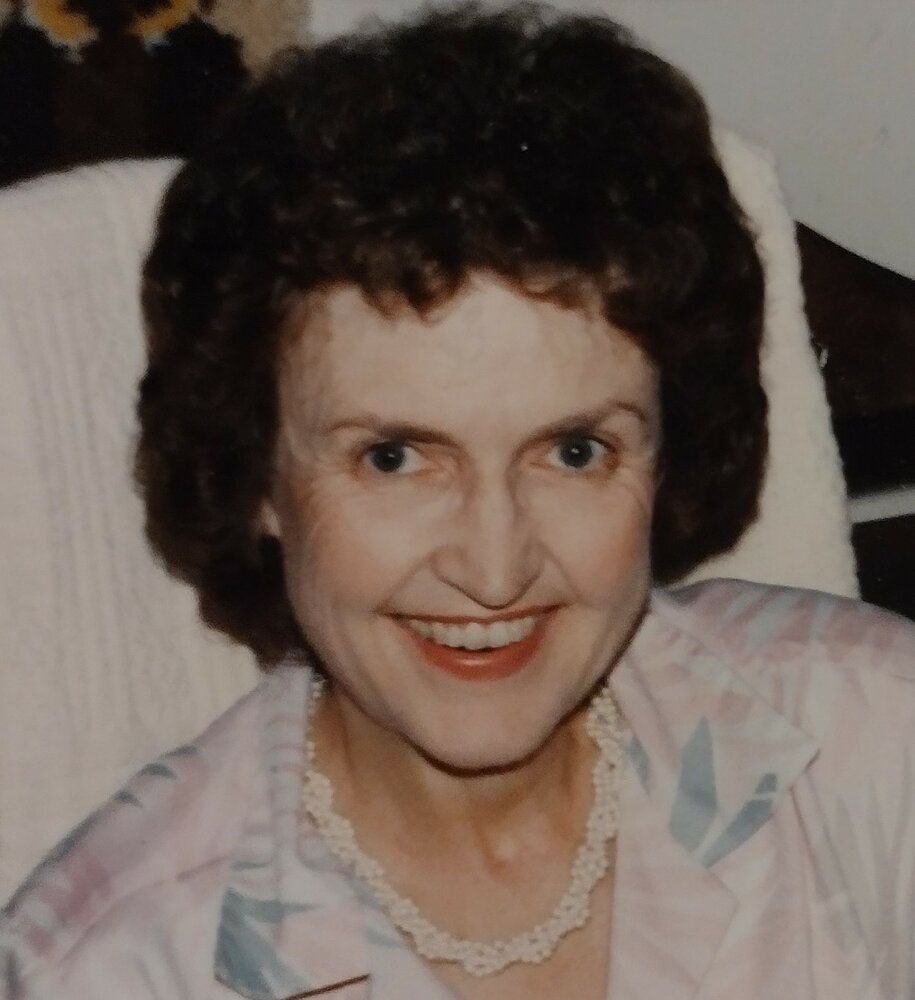 Esther Joanne Weaver Blake, of Fort Collins, Colorado, passed peacefully into the presence of her Savior, Jesus Christ, in her home in Fort Collins, Colorado surrounded by her family and her loyal dog Milly, on July 1, 2022, at the age of 88. Joanne, whom she went by, was born in the home of her maternal grandparents on a hot Fourth of July in Paola, Kansas on July 4, 1934 to her parents Myrtle Frances Achey Weaver and Alvin Hensley Weaver. After her first two years in Paola and Osawatomie, Kansas, the family moved to Cheyenne, Wyoming, where she lived until her marriage.

Her many aunts and uncles (Myrtle had nine brothers and Alvin had six sisters) became a large part of Joanne's life growing up and well into her adult years, as she often spoke fondly of them and memories in Kansas. Joanne graduated from Cheyenne High School in 1952. She was employed by Cheyenne Light and Power Company, and soon after met her husband of sixty-nine years, Francis Blake, of Hereford, Colorado, at an event at the University of Wyoming. They were married in Cheyenne on September 6, 1953, lived in San Diego, California briefly, where Francis served in the U.S. Navy Reserve, and then moved to the family ranch in Hereford, Colorado, where they had a large cattle and wheat ranch. They raised their children, Cynthia and Linda, in Hereford and enjoyed many happy years of ranch life. As a rancher's wife, Joanne was a tireless worker and hospitable host to any guests and/or ranch workers, often preparing amazing home-made meals for many people.

Joanne loved decorating, gardening, sewing, and cooking. She kept an immaculate home and a beautiful yard. Gardening was a passion of hers and she loved spending time outdoors tending to her beautiful flowers and an abundant vegetable garden. She was also a seamstress with skills that would challenge any professional. Following in her grandmother's footsteps, she could see a dress or any type of garment and recreate it masterfully on her own. Her sewing skills were optimum and prolific, making many beautiful clothes with love for her children and grandchildren, tirelessly devoting her time and effort.

She loved reading and music and pursued genres that were classical, lofty, and eloquent, amassing a large collection of books, records, and CDs. Joanne supported her children in 4-H, sports, and all the events they participated in, often taking them to fairs and other activities. She was so intent that her daughters would learn music, that she would often make a weekly drive to take them to piano lessons.

Joanne was very social and always kind to strangers, but especially loved children and would always interact with them and make them feel special. She never met a baby or child that she was not immediately drawn to. She was especially enamored by her grandchildren and cherished the time she was able to spend with them, and showered them with cards, packages, and telephone calls when distance was an obstacle.

Professing faith in Christ during her teenage years, Joanne's faith was a paramount tenet in her life, resulting in her homegoing as being "absent from the body, but present with the Lord". Her several well-worn Bibles were marked up profusely with favorite verses underlined.

Joanne and Francis moved to Fort Collins in 1990 where she resided for the remainder of her life. She was a member of the Hereford Community Church in Hereford and subsequently Front Range Baptist Church in Fort Collins, until her health issues impeded her from attending.

In lieu of flowers, the family is requesting donations be made in Joanne's name to the Front Range Baptist Church, 625 E. Harmony Road, Fort Collins, Colorado 80525.

To send flowers to the family or plant a tree in memory of Joanne Blake, please visit Tribute Store
Friday
19
August

Share Your Memory of
Joanne
Upload Your Memory View All Memories
Be the first to upload a memory!
Share A Memory
Send Flowers