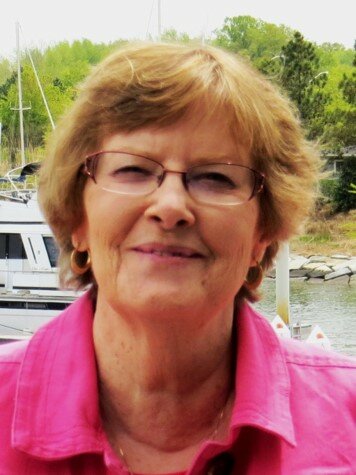 Sharon Louise Classen, 77, of Greeley passed away Saturday, July 23, 2022 at North Colorado Medical Center after a 36-year fight against Multiple Myeloma.  She was born on December 2, 1944 in Colorado Springs, Colorado to Marshall Finton and Mary Vivian (Moreland) Reeves.  Sharon grew up in Simla, CO where she graduated from Simla high school.  She received her Bachelor’s degree from Biola University in La Mirada, California and later received her Master’s degree in teaching from the University of Northern Colorado.  Sharon’s major was in elementary education. Her first job was in Longmont where she taught 3rd grade for 3 years, thereafter she substituted in Jefferson County for a number of years.

On August 15, 1970 she married Aldo Ray Classen in Boulder, CO.  Sharon believed that Jesus was the Christ with deep and resolute conviction through many good years but also through several fierce storms: battling multiple cancers and the accidental death of a beloved son. She had a quite but engaging personality. She often profoundly inspired people she met and particularly those in the medical community.  She was an active member of Southern Gables Evangelical Church in Lakewood, and later, Cornerstone Community Church in Greeley.  She enjoyed cross stich and had made numerous much-loved Christmas stockings for her immediate and extended family.  She also enjoyed quilting, gardening, Hallmark movies, and was a Denver Bronco’s fan.

She is survived by her husband Aldo R. Classen of Greeley, her daughter Stephanie Renee Kirkham and husband Ryan of Maui, Hawaii; her brother Larry Reeves and wife Sue of Lake George; and her grandchildren, Jonah Matthew Kirkham, Avery Hannah Kirkham and Asher Makai Kirkham all of Hawaii.  She was proceeded in death by her parents, her son Matthew Ray Classen, and step-siblings, Mildred Louise (Mick) Smith, Donald Lloyd and Bobby George Carnes.

A private family graveside service was held at the Littleton Cemetery.  A memorial service will be held at 10:30, August 13, 2022 at Cornerstone Community Church in Greeley, Co.  Memorial contributions may be made to Romanian Christian Enterprises and Elshadai Child Development in care of Adamson Life Celebration Home, 2000 W. 47th Ave., Greeley, Colorado 80634.

Friends may send condolences to the family at adamsoncares.com. Those who would like to share memories of Sharon may forward those to adamsoncares.com. Some may be selected to be read at the memorial service, but due to the expected volume edited because of time constraints.

To send flowers to the family or plant a tree in memory of Sharon Classen, please visit Tribute Store
Saturday
13
August

Share Your Memory of
Sharon
Upload Your Memory View All Memories
Be the first to upload a memory!
Share A Memory
Send Flowers