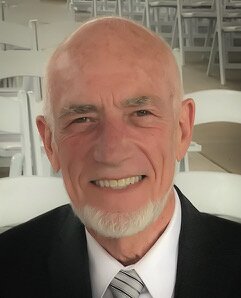 We are heartbroken to share that Terry Albert Colegrove, 82, passed away peacefully on August 18, 2022, surrounded by his loving family.

The oldest of six children, Terry was born in his grandmother’s house in Elkland, Pennsylvania on July 24, 1940, to parents Albert Arnold Colegrove and Velma Fratarcangelo (née VanSchaick.)   He attended high school in Tioga Junction, PA and furthered his education at both Penn State University in State College, PA, and Aims Community College in Greeley, CO.

Terry married the love of his life, Ellen Ann Verbjar, in 1960, and together they modeled a beautiful, loving marriage and family for nearly 62 years.  In addition to Ellen, he is survived by his children, son Terry “Bud” Colegrove, Jr. (Stephanie), daughters Lisa Turner (Tony) and Kimberly Colegrove (Ka Chun Yu), sisters Judy Muscarella (John) and Cindy Preston (Roger), brothers Edwin Colegrove (Lola) and Tom Colegrove (Roseann), five grandchildren, five great-grandchildren, and many nieces, nephews, and cousins.  He was preceded in death by his parents and brother James Colegrove.

Terry worked for Eastman Kodak for 35 years, starting in Rochester, N.Y., and later transferring to Windsor, Colorado in 1971. After retiring from Kodak in 1988, he continued his education in the IT field and had a successful second career as a technical analyst at IBM in Boulder, Colorado.

In addition to Terry’s strong faith and love of family, he had a lifelong love for the outdoors, hiking, biking, hunting, and camping.  He had a passion for creating bread and beer and his garden was a masterpiece.  He was an avid reader and continued learning and expanding his knowledge throughout his life.   He was also a talented vocalist, spending many years contributing his gifts to both his church choir and barbershop quartets.  Above all, Terry had a strong relationship with God and was deeply devoted to his faith and his church.

A memorial service is planned for Tuesday, August 30, 2022, at 11:00 AM at Trinity Lutheran Church, 3000 35th Avenue, Greeley, CO.  A luncheon for family and friends will follow the service.

In lieu of flowers, memorial contributions can be made to Trinity Lutheran Church and School, an organization dear to Terry’s heart.

To send flowers to the family or plant a tree in memory of Terry Colegrove, Sr., please visit Tribute Store
Tuesday
30
August

Share Your Memory of
Terry
Upload Your Memory View All Memories
Be the first to upload a memory!
Share A Memory
Send Flowers