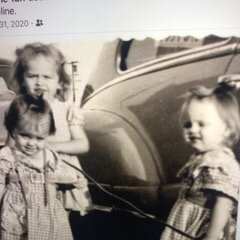 VICKIE JOAN HINDMAN lost her battle with cancer on September 6, 2022. She was born in Grover, Colorado on September 29, 1952, to parents Barbara Joy and James Leland Hauer. She and her twin sister Vonnie were delivered by Doc Morris. It was a home delivery. When their Dad heard the news, he responded with “Holy Cow”. As young children, Vickie and her siblings sang in the Hereford Children’s Choir, and during that time they produced a record. Over five hundred copies were sold and the money was donated to the church. She attended Grover school until she married Don Towns in 1968. They later divorced in 1974. Two children, Chris and Donnell, were born from that marriage. She married Clifford Bay in 1982 and divorced in 1987. Benjamin and Misty were born out of that marriage. She then became Vickie Hindman through a common law union. Vickie lived in Colorado most of her life, with the exception of a brief stay in Idaho. Vickie held, in her heart, a huge amount of love and affection for her
9 year old rescue chihuahua Minnie. She always made certain that she was cared for above all else. In her last days, her love of God and family prevailed. She is survived by her children Donnell McCauliffe (Danny), Chris Towns(Stacy), Benjamin Bay(Melissa), and Misty Bay. She is also survived by her siblings, Vonnie Wignall (Bill), Dawn Hauer(Alan), Kevin Hauer (Cheryl), and Steve Hauer (Jan, who sadly passed away in May 2021). A sister Deborah Hauer, passed away in 2010.  Thanks go out to all of the Hospice nurses involved in Vickie’s care.  I believe her life was made better by their care and support.  Special thanks go out to Lori, for your compassion and gentle care towards Vickie and to Trish who cared enough for fighting the fight.  And to her daughter Donnell, who made certain that her Mom was able to live a better life in her end days.  A small graveside service will be held at a later date.

To send flowers to the family or plant a tree in memory of Vickie Hindman, please visit Tribute Store

Will be held at a later date.

Share Your Memory of
Vickie
Upload Your Memory View All Memories
Be the first to upload a memory!
Share A Memory
Send Flowers