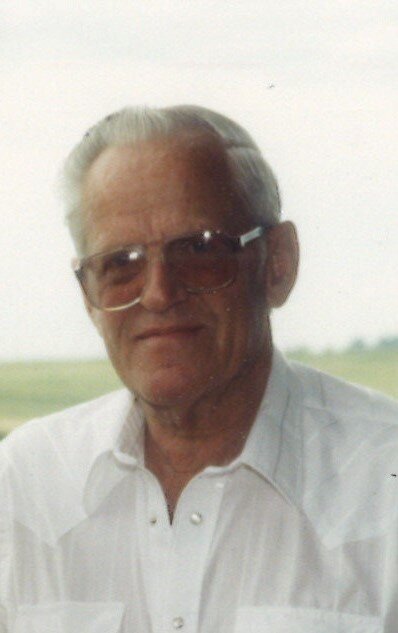 James “Jim” Burton Peterson, 89, of Ault passed away September 12, 2022 at NCMC in Greeley.  He was born August 20, 1933 in Greeley to Frank A. and Blanche (Seamster) Peterson and was raised on the family farm east of Pierce.

He attended school in Pierce and Ault, graduating from Ault High School in 1951.

Jim was drafted into the US Army serving in Germany from 1953-1955.  One of his proudest and most enjoyable moments was going to Washington D.C. on the Honor Flight on May 2, 2011.

Jim was a truck driver for 52 years, hauling livestock.

He was preceded in death by his parents and a brother, Frank “Pete” Peterson, Jr.

He is survived by his wife, Joann of 61 years and his daughter, Jill (Jim) Mitchell, granddaughters; Nancy Mitchell, Gina Mitchell and Cindy Nichols as well as two great-granddaughters; Lily and Ivy Nichols.

Jim’s graveside service will be held at 2 p.m. Thursday, September 22, 2022 at the Eaton Cemetery with military honors.  Memorial gifts may be made to “Honor Flight of Northern Colorado” in care of Adamson, 2000 47th Ave., Greeley, CO 80634.  Friends may leave condolences at AdamsonCares.com.

To send flowers to the family or plant a tree in memory of Jim Peterson, please visit Tribute Store
Thursday
22
September

Share Your Memory of
Jim
Upload Your Memory View All Memories
Be the first to upload a memory!
Share A Memory
Send Flowers