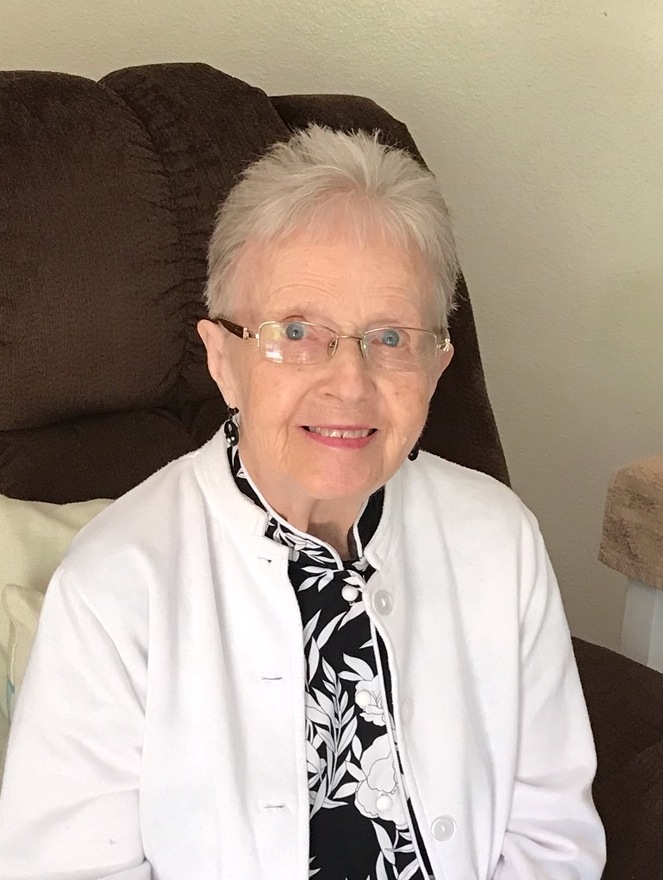 Neva Alberta Woerner, 94, of Greeley, met her Lord and Savior Jesus Christ on Sunday, September 18th, 2022. She was born on February 26th, 1928, to Edgar Leo Bradbury and Laura Emma (Jensen) Bradbury in Hutchinson, Kansas. Neva’s father was a pastor and her family would often move throughout the state due to her father’s work. In 1946 Neva graduated from Spivey High School.

In 1944, Neva met Dale Earl Woerner in the basement of their local Presbyterian Church. On June 17th, 1950, they were married in Junction City, Kansas. For as long as Neva could remember, she always wanted to be a mother. The couple were blessed with 6 children.  The family moved to Greeley, Colorado when Dale took a position as a professor at the University of Northern Colorado.

Neva had a smile that would brighten up the room. It seemed that wherever she went, people were glad to see her. She had many interests and hobbies, some of her favorites were Square Dancing, Mickey Mouse, The Wizard of Oz, Calligraphy, and Scrapbooking. Reading her Bible or a good book was a daily event. Neva and Dale were avid square dancers. They traveled to many different states to various square dance conventions on weekends, and it was a hobby the two would share until Dale’s passing in 2010.   She was an experienced traveler who loved visiting places like Japan, Tanzania, Jerusalem, and more. Above all, Neva loved The Lord and cherished her family.

Neva was a woman of sincere faith and had a personal relationship with Jesus Christ. Some of the most rewarding work Neva had done was doing prison ministry. She helped a lot of people during that period of her life. Neva was a member of the Cornerstone Church for 60 years.

She is preceded in death by her loving husband Dale Earl Woerner, her daughter Kathy Pidcock, her parents Edgar and Laura Bradbury, and her sisters Mona Booth and Wanda Donley.

A Celebration of Life will be held Monday, September 26th, 2022, at 11:30am at the Cornerstone Community Church in Greeley.

In lieu of flowers, donation can be made out to Cornerstone Church of Greeley in care of Adamson Life Celebration Home; 2000 W 47th Ave. Greeley, CO 80634

To send flowers to the family or plant a tree in memory of Neva Woerner, please visit Tribute Store
Monday
26
September

Share Your Memory of
Neva
Upload Your Memory View All Memories
Be the first to upload a memory!
Share A Memory
Send Flowers