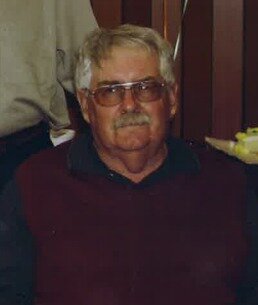 David moved to Fairmount, ND with his mother, stepdad and three brothers in 1956 and graduated from Fairmount High School. After school, David enlisted in the United States Air Force where he served until 1964, when he was honorably discharged.

While in the Air Force David met the love of his life Ruth Ann Harden and they were married on June 10th, 1962.  After his discharge from the Air Force David and Ruth moved to Nunn, CO where they were wheat farmers. He also worked at the Monfort Beef Plant for 2 years. David enjoyed fishing and spending time with his family.

He was proceeded in by his wife, his parents, sister Betty Jean Burrason, and three brothers; Charles Blasdell, Richard Van Kempen, and Mike Van Kempen.

A receiving of Friends will be held from 2:00pm – 4:00pm Wednesday September 28, 2022 at Adamson Life Celebration Home.  Friends may leave condolences at AdamsonCares.com.

To send flowers to the family or plant a tree in memory of David Van Kempen, please visit Tribute Store
Wednesday
28
September