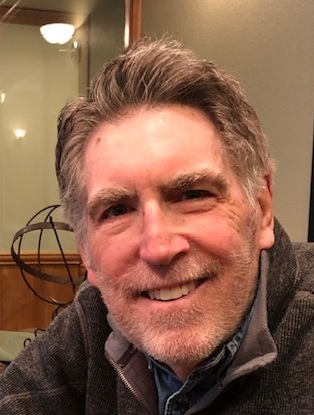 It comes with great sadness to announce that John Keifer Tetrault passed away on September 19, 2022 after a years long battle with cancer. John was born in Whittier, CA on October 20th, 1951 to parents Jim and Barbara Tetrault. Raised there until the family moved to Redlands, CA during his high school years.

After college he went to work for the family business at Universal Feeds Inc. Colton, CA. Growing the business with his father to become United Pacific Mills in Rialto, CA. He then moved to Scottsdale, AZ to along with his father incorporate and start a retail chain that eventually became PetSmart. After a considerable amount of time they grew and sold the retail business and concept to an Italian holding company.

After the sale John took some much needed time away from the business world to do two of his favorite things...play golf and travel. But it was only a matter of time before the business world came calling again. He would move to Greeley Colorado to take a marketing position with Cargill Inc. at their facility located there.

It would change his life as he became a fervent fan of all things Colorado. He ended up spending the rest of his life there including opening and operating the Bent Fork Grill restaurants with locations in Aurora and Loveland. More than just another business success it allowed John to become an integral part of the community he loved. The day before he passed he received a wonderful wedding photo and text from a former employee who thanked him profusely and said if it wasn't for John and his restaurant she and her new husband would never have met. She also expressed their love for John and how he would always be a important part of their lives going forward.

He had that type of relationship with a lot of people because he truly cared about those in his life and once a friend always a friend with John. He will be missed by many including his two brothers Jeff and Greg (Michelle) and his four nephews and nieces Jared, Jantzen, Jack, and Jenna.

To send flowers to the family or plant a tree in memory of John Tetrault, please visit Tribute Store
Thursday
20
October