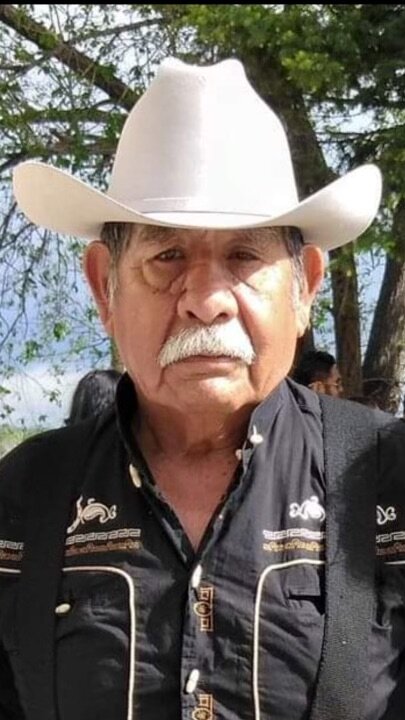 Jose Ramirez Marquez, 86, was born on March 5th, 1936, to Agustina and Pilar Ramirez in Rancho la Hacienda de Guadalupe Zacatecas, Mexico. He passed away on Tuesday, October 18th, 2022, at his home in Gill, CO surrounded by his family.

Jose came to the United States of America in 1970 and established his home in Gill, CO in 1974. He worked in agriculture most of his life right up until his retirement.

He loved the farm life and raised pigs, goats, sheep, lama’s, cows, chickens, turkeys, ducks, horses, and dogs, you name it he loved animals. He had a connection with horses and really enjoyed riding. He also liked going to the rodeo and watching horse races.

One of the days Jose would always look forward to was El Dia de su Santo on March 19th. He knew it was going to be full house with family and friends. He also kept up with tradition and would put on a celebration for his hometown of Rancho San Antonio in Zacatecas Mexico on June 12th.

Most of all, Jose loved family gatherings. He relished the time he got to spend with his children and grandchildren. All who knew him knew he was the kind of man that would take his shirt off his back for others. He would always lend a helping hand to anyone who needed it, and he made sure that if you were in his home, you had a warm plate. He truly was loved by many. Let’s not forget his favorite food enchiladas, and his favorite drink hornitos, cazadores, or don Julio with squirt and a slice of lime.

To send flowers to the family or plant a tree in memory of Jose Ramirez Marquez, please visit Tribute Store
Tuesday
25
October

Share Your Memory of
Jose
Upload Your Memory View All Memories
Be the first to upload a memory!
Share A Memory
Send Flowers