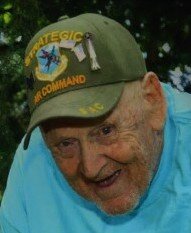 Artie Wayne Ribble, Jr., 81, of Johnstown, formerly of Greeley, passed away Saturday, November 6, 2022 in Windsor.  He was born September 23, 1941 in Paris, TX to Artie Wayne and Evelyn Elise (Harris) Ribble, Sr.  He grew up in the Paris, Cedar Hill and Dallas areas of Texas, graduating from Cedar Hills High School in 1959.

Artie worked for Texas Power and Light, as a plant manager for Coca-Cola in Denver and then as an auditor in hotel and restaurant management, including LaQuinta and most recently for YMCA of the Rockies before retiring.

He served as Scout Master for Troop 1 in Greeley for many years, Order of the Arrow and Vigil Honor, First United Methodist Church of Greeley and Warnoco West Health Club.  He loved fishing, camping, watching sports; Dallas Cowboys and the Denver Broncos and recently got into watching hockey.

Thankful to have share his life are his children; Michael Ribble, Mark (Kristina) Ribble and Elise (Bryan) Hornstein, four grandchildren; Kailyn, Lauren and Jenna Ribble and Camden Hornstein as well as his brother, Larry (Sandra) Maynard and nieces and nephews.

He was preceded in death by his parents, wife Tana and his sister, Sissy Maynard.

Artie’s Life Celebration will be held at 2:00 p.m. Wednesday, November 16, 2022 at the First United Methodist Church, Greeley with a reception to follow.  Inurnment to be held at Fort Logan National Cemetery.  Memorial gifts may be made to “Honor Flight of Northern Colorado” in care of Adamson, 2000 47th Ave., Greeley, CO 80634.  Friends may leave condolences at AdamsonCares.com.

To send flowers to the family or plant a tree in memory of Artie Ribble, Jr., please visit Tribute Store
Print
Wednesday
16
November