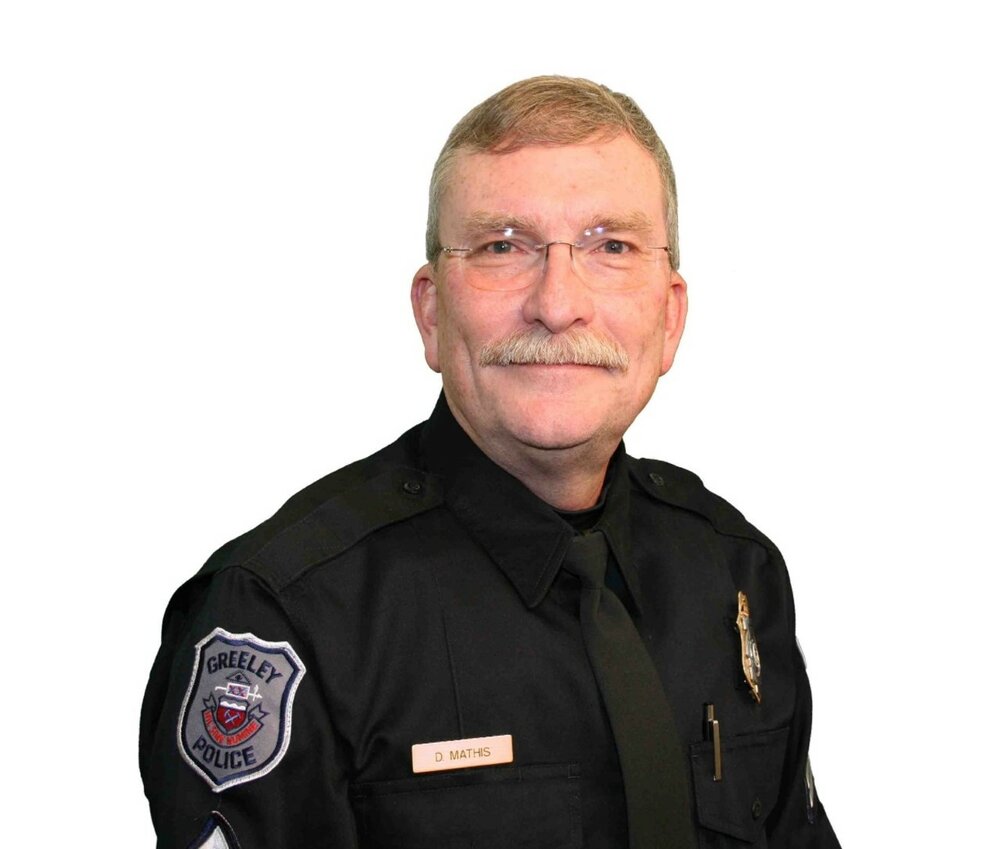 David “Dave” Mathis, 65, son of Virginia (Jones) and Dan Mathis, passed away peacefully in his sleep on December 13, 2022. He was the most wonderful Father, Husband, Brother, Uncle, and Grandfather one could ask for. Born April 7, 1957 in Colorado Springs, CO, Dave knew from a young age he wanted to be a police officer, completing the police academy at 20 years old. Dave then moved to Greeley and joined the Greeley Police Department in 1979. He was promoted to Sergeant in 1990, with assignments over the years overseeing the Weld County Drug Task Force, the team of District 6 School Resource Officers, Patrol officers, and the Weld County 911 Dispatch Communications Center.  Among many accomplishments in his career with the police department, some stand out with distinction including starting the Greeley “Santa Cops” program with officer David Volpe, assisting to build the D.A.R.E. Program in District 6 schools, numerous marksmanship awards, commendations, meritorious conduct awards, and letters from the community thanking and commending his work as a police officer.  He was the Greeley Police Department Officer of the Year in 1987.  Dave was most proud of his longest assignment – joining the team as Sergeant and helping to rebuild a renowned and well-respected 911 Dispatch Communications Center for Weld County.  “Sarge” was beloved and respected by those who worked with him over his nearly 40 years with the Greeley Police Department.

Dave had an immense love for the outdoors and spent his leisure time in the mountains as much as he could. He loved golf, fishing, camping, hiking, and backpacking, but mostly he loved being around his family. He loved getting us to fall for his jokes and quick wit. Known for his wry humor and intellect, he would often ask that we “stop making such a fuss over me.”  He was such an impactful member of the community and touched the hearts of so many; he will be overwhelmingly missed. Dave is survived by his wife, Jennifer Mathis; children, Megan Mathis Arnusch, Spenser Mathis, Leah Cockroft, Nathan Cockroft; grandchildren, Alahna, Brennyn, Hartley, Ivy, and Lily; loving brothers and sisters, Susan (Mathis) Fansler, Penny (Mathis) Pretti, Mike Mathis, Dan “Andy” Mathis, Mary Candace “Candy” (Mathis) Rudder; and countless aunts, uncles, cousins, nieces, and nephews.

Dave’s memorial service will be held on Friday, January 6th at Zoe's Cafe & Event Center, located at 715 10th Street in Greeley. Doors will open at 4p to greet family and friends; services will begin at 4:30.  Food and drinks will follow. We encourage everyone to come and share stories or memories.

To send flowers to the family or plant a tree in memory of Dave Mathis, please visit Tribute Store
Friday
6
January

Share Your Memory of
Dave
Upload Your Memory View All Memories
Be the first to upload a memory!
Share A Memory
Send Flowers