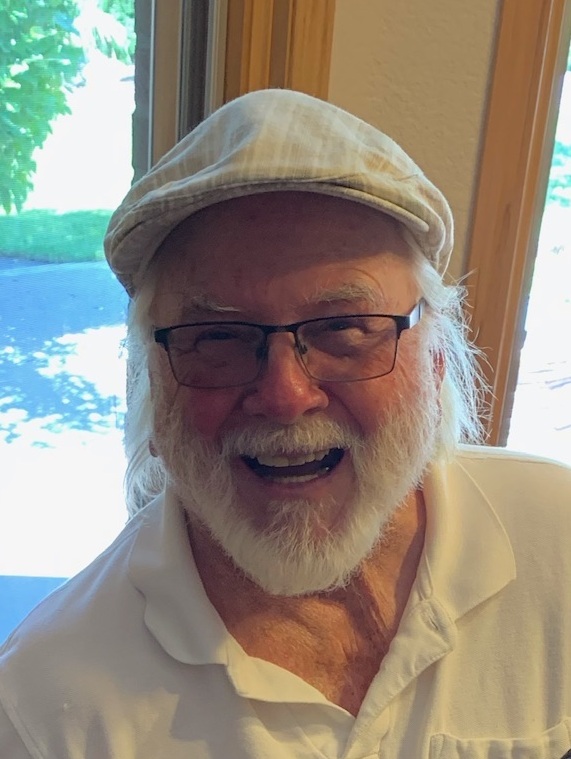 Jack Earsten Keene (aka Keen) of Greeley, CO, died peacefully at home after his battle with cancer on December 20, 2022, with his family by his side. Jack was born in 1937 in Flint, Michigan, the son of Beatrice A. Brady and George E. Keen. He spent his childhood in rural Flint and often told fond stories of growing up on the farm, taking care of his cow Bonnie, and visiting his grandmother (Mother Bill) nearly every day. Jack graduated from Flint Technical High School in 1955. He then went on to complete his bachelor’s degree in Mechanical Engineering at the General Motors Institute in 1961 and later worked as a Plant Supervisor at Fisher Body. While working, he also completed a master’s degree in Business Administration in 1968.

In 1963, Jack visited Colorado for the first time with his mother and he fell in love with the mountains. Years later in January, he came to Denver for several interviews with his heavy Michigan winter clothes to find 70-degree weather, and that’s when he also fell in love with the Colorado weather. In 1969, Jack finally moved to Colorado when he landed a job with Gould Battery, and later worked at Samsonite. Around the same time, he decided to start an adventure in Estes Park, CO when he purchased the Olympus Lodge, operated and lived there for 7 years with his first wife Susan D. Eppler (m. 1963) and their two children Karie and Jason. Though their relationship turned out to be less permanent than either of them expected, both went on to happily remarry.

Jack had an incredible work ethic and was an entrepreneur all his life, always taking on multiple jobs or projects at a time. He was knowledgeable about so many things and could fix or accomplish just about anything he set his mind to. Jack's true passion was in real estate, and he not only got his broker’s license in 1972 but also started Keene Realty in 1973 in Loveland. Jack also started working with the State of Colorado in 1974 and eventually was the Founder and Director of the Division of Central Services. He served at the State for 23 years. Although he eventually dissolved his real estate business, he franchised two daylight doughnut shops for a few years, and continued with his own real estate investments for the rest of his life.

In 1987, Jack met the love of his life, Nancy M. (Acedo) Keene and they had a wonderful life together for 35 years. Although the two met at work at the State of Colorado, Jack had a great sense of humor and preferred to tell people that he met Nancy when he fell out of his chair as she walked by on the beach in Venezuela. Together, Jack and Nancy raised their daughter Natalie in Longmont before later relocating to Greeley, CO. Jack and Nancy enjoyed a beautiful wedding in Kapalua, Maui in 2003. Over the years, Jack and Nancy loved to travel along with their daughter, and they visited many destinations including Caracas, Venezuela, Taos, NM, Sedona, AZ, and (his favorite) Maui, HI.

Jack was a loving Husband, Father, Grandfather and Great-Grandfather and will be greatly missed. Survivors include his loving wife, Nancy; beloved children: daughter Karie and husband Geoff Stanley of Montrose, CO, son Jason and wife Cindy Keene of Craig, CO, and daughter Natalie and husband John Beach of Brighton, CO; three grandchildren: Leann and husband Tyler Distel of Montrose, CO, Megan and husband John Quinn of Montrose, CO, and Jackson Beach of Brighton, CO; three great-grandchildren: Hannah and Molly Distel, and Wesley McBrayer as well as nieces, nephews, other relatives, and friends. He was preceded in death by his beloved grandmother, parents and his sister, Patsy L. Howell (2001).

In lieu of flowers Memorial Contributions can be made to The Redemption Church of Greeley, 3734 W. 20th Street, Greeley, CO 80634

To send flowers to the family or plant a tree in memory of Jack Keene, please visit Tribute Store
Sunday
8
January

Share Your Memory of
Jack
Upload Your Memory View All Memories
Be the first to upload a memory!
Share A Memory
Send Flowers