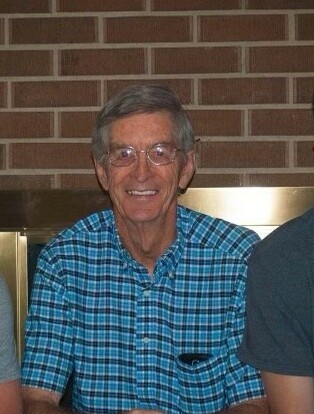 Joseph Roger Shelor was born on August 1, 1941 in Pine Bluffs, Wyoming to parents Thomas and Olive Shelor. Raised with this brother and 2 sisters,he lived in Pine Bluffs until he graduated high school in 1959. Joe thn enlited in the United States Navy. He served for a total of 3 years, during the early days of the Vietnam War and was deployed mainly to Pearl Harbor, HI and Japan.

Following his military service, He spent several years in California, where 2 of this 3 childreen were born. In 1974, Joe and his family moved to Kimball, NE, then relocated to Sidney in 1977, where his youngest child was born.

During his time in Sidney, Joe married Barb, the love of his life. The two wed on February 19th, 1993. After several years together in Sidney, the couple moved to Greeley, CO, where he remained until his passing.

Joseph did many things over the course of his full life. He worked on the guidance systems for the Saturn V rockets that took our astronauts to the moon on the Apollo 11 He ran his own handyman businesses He nearly 3 decades of his life in Facilities Management, for both the Sidney Public Schools and, later, the City of Greeley.

Joe was incredibly proud of his accomplishements and experiences and was sincerely loved by his friends and family. Joseph is preceded in death by his parents, Olive and Thomas, his siblings Tom, Janice, and Eileen, and his daughter, Tracie.

He is survived by his children Trevor Shelor and his wife Pegg, Teegan Shelor, Keith Farthing and his wife Julie, and Kevin Farthing. He was also blessed to have 17 grandchildren and 9 great-grandchildren.

To send flowers to the family or plant a tree in memory of Joseph Shelor, please visit Tribute Store
Thursday
12
January

Share Your Memory of
Joseph
Upload Your Memory View All Memories
Be the first to upload a memory!
Share A Memory
Send Flowers