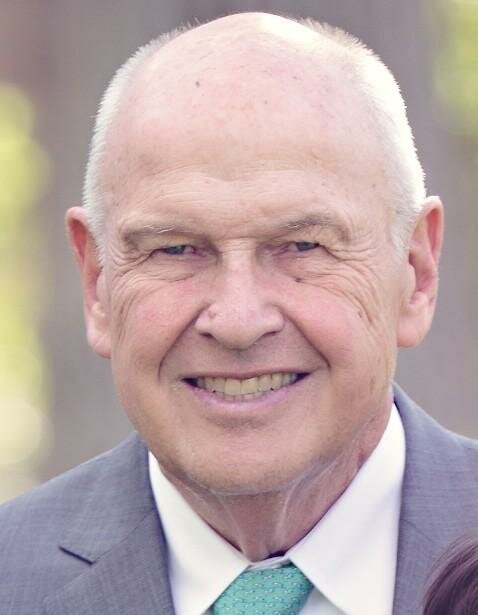 John was born on October 23, 1939 in Longmont, CO to Leon and Helen Fuller. His early years were spent in Ft Lupton, CO and then later moved to Milliken, CO for grade school through high school where he graduated from Milliken High School in 1957 alongside his 19 classmates.

John went on to attend the Colorado School of Mines, on a well-deserved scholarship, and received his bachelor’s degree in metallurgical engineering in 1961. John loved the School of Mines, and excelled there scholastically, receiving many honors. He was a member of several clubs during that time, one of his favorites being the school band. Shortly after graduation from the School of Mines, John attended Iowa State University, where he received his degree of Master of Science in 1968. John served in the United States Army with stints in Ft Leonard Wood, MO and Fort Belvoir, VA finishing in a reserve unit in Colorado.

In 1964 John was set up on a blind date and met the love of his life, Dianne Young. They knew right away that they were meant for each other and were married on October 10th, 1964. John and Dianne settled in Boulder, CO where they raised their four children, Barbara, David, Mark and Amy. John was a very involved dad. He was a longtime volunteer with the Boy Scouts, a soccer coach and was always eager to help his kids and grandkids with their math, science and German homework. He never missed an activity that one of them was a part of and special times with the kids were spent reading, hiking, playing kick ball in the park or going to the family cabin in Estes Park to grill some burgers. He was able to be present for the grandchildren’s many activities and programs.

John and Dianne’s love of sports drew them to have season tickets to the CU football and basketball games. They went on numerous trips to watch their beloved Buffs, particularly the woman’s basketball team, traveling around the country and Europe to watch and support them. John was a lover of music, especially jazz. He was a member of First United Methodist Church and sang in the church choir. He played a number of instruments including the piano, saxophone, clarinet, guitar and banjo and was a whistler in a band. John was a great lover of Colorado and the outdoors. He loved to camp with his sons and go hiking, including many fourteeners, but found the hikes at 13,000 feet to be much more beautiful. While on the trails, he loved to look for mushrooms and various wildflowers. He had a love of running; racing in many Boulder Bolders, marathons and various distances in-between. In the winter months he enjoyed cross country skiing and snow shoeing.  For a time, John was a beekeeper and kept hives in Eldorado Canyon, making sure that his family always had an ample supply of honey. John was an avid gardener and grew the most delicious tomatoes. In the summer and fall months you could often see the breast pocket of his shirt filled with one or more of his prized tomatoes, which he liked to sneak into restaurants to enjoy with his dinner. In addition to his tomatoes, John also loved growing trees from acorns. John was a great lover of languages attempting to learn Japanese, becoming proficient in Spanish and excelling in German. He liked to call his wife Dianne, meine Frau, and never missed an opportunity to speak German. He had a wonderful sense of humor that he shared with family, friends and colleagues (or anyone that would listen) and would never miss a chance to crack a joke.

John spent much of his career at Rocky Flats as a metallurgical engineer. In 1989, John was Industrial/Manufacturing Engineer of the year. After Rocky Flats closed down, he worked at the Los Alamos National Laboratory in Los Alamos, NM. In his later years he became a government classifier at the Federal Center in Denver until his retirement at age 81. One summer in his 40’s, he took a vacation from Rocky Flats to go up to Cripple Creek to work for the mining company, just because he was fascinated with mines. John had a love of learning that was there until the very end, whether through reading Scientific American, practicing Duolingo, or watching calculus videos on YouTube.

John was preceded in death by his parents Leon and Helen Fuller and his brother William (Billy). He is survived by his wife, Dianne, and his four children Barbara (Brian) Grauberger, David (Maeve) Fuller, Mark Fuller and Amy (Mitchell) Bloom, as well as his nine beloved grandchildren, Sam, Jack, Maggie, Aleah, Jacob, Kate, Sinead, Sophie and Rosie. In addition, John leaves behind two cousins, two brothers-in law, one sister-in-law and one niece and five nephews.

We would like to thank Bob Simpson, Charlie Jacobson and Carl Scott for their weekly visits to John for the last 1 ½ years

To send flowers to the family or plant a tree in memory of John Fuller, please visit Tribute Store
Friday
27
January